The Marjorie S. Fisher Boys & Girls Club, is named in honor of Marjorie S. Fisher who was born Marjorie Switow in Louisville, Kentucky in 1923. Her mother and father taught her the value of hard work in the family theater business and shared their value of philanthropy through the actions and support they provided the local community. Marjorie married Max M. Fisher in 1953 and together they raised five children, Jane, Mary, Phillip, Julie and Margie. Through hard work and dedication, the Fishers built multi-million dollar businesses in oil and real estate and formed the Max M. & Marjorie S. Fisher Foundation. Today the Foundation continues the family’s shared legacy of giving through Marjorie’s children, grandchildren, and great-grandchildren. Joining the Fisher family as major donors are Lesly S. Smith, the former Mayor of Palm Beach and her daughter Danielle Hickox Moore, a long-time board member and officer of the Boys & Girls Club of Palm Beach County.

The new Clubhouse replaces the first clubhouse ever opened in Palm Beach County. The first Clubhouse was housed in what was originally a World War II Officer’s Club, pool, and bathhouse. The facility was later purchased by the Knights of Columbus until 1969 when a group of civic and community leaders headed by the Palm Beach County Sheriff William Heitman approached the organization about selling it for a Boys Club. After a fundraising effort, the facility was purchased for $40,000 and opened in September 1971 as the Boys Club of Palm Beaches. Over the years, a number of additions were added including the August H. Oenbrink Memorial Gymnasium and the Charles A. Weber Teen Lounge. While girls were often welcome visitors, it was not until 1989 that the Club officially admitted girls as full members and changed its name to the Boys & Girls Club of West Palm Beach. Through the years the neighborhood also saw a transformation as less children populated the area and more commercial activities surrounded the Clubhouse. In 2008, FOR Mrs. Marjorie S. Fisher, who had heard the Club was in need of an expansion and renovation, visited the Club and decided that not only was a renovation in order but a new state-of-the-art facility.

With little outdoor space, the existing location could not accommodate the plans for the new 22,000 square foot facility. Working with the Palm Beach County Commission, 11 acres of county land in a densely populated residential area with numerous schools in the immediate area was acquired.

The new facility boasts a number of amenities such as a dance studio, music room, science lab, full gymnasium, teen, junior, and cadet games rooms, cafeteria, computer lad, arts & crafts center and learning center. Children, business and community leaders, club supporters, government officials and neighborhood friends will gather at this grand opening to celebrate the many partnerships, inaugural donors, sponsors and supporters who made the Marjorie S. Fisher Boys & Girls Club possible. Highlights of the grand opening event include a special tribute to Max M. and Marjorie S. Fisher along with presentations from Mary T. O’Connor, President & CEO of the Boys & Girls Clubs of Palm Beach County, Mrs. Fisher’s daughter Julie Fisher Cummings and Palm Beach County Commissioner Jess Santamaria. Club Members will also speak on the importance of the Boys & Girls Club in their lives and in the lives of all the youth it serves. Club members will lead tours of the new facility and share the activities and opportunities they are experiencing.

“We dreamed of this day for many years and now, when we walk into the clubhouse all we do is smile. It’s infectious as all the kids are smiling. This new club will enable us to reach and serve so many more children in the years to come and provide them with programs and adult role models to help them succeed and become productive, responsible and caring adults,” said O’Connor.

“This is a dream come true and there are no words to truly express our gratitude to Mrs. Fisher, the entire Fisher family and all of our generous supporters,” said Boys & Girls Clubs of Palm Beach County Board Chairman, Wally Turner. “The Marjorie S. Fisher Boys & Girls Club and the Max M. Fisher Boys & Girls Club will allow us to reach out to thousands of needy children in the years to come and provide them with a safe haven after school and during school breaks when they might otherwise be left unsupervised and at risk. These two clubs will help us change lives and truly save lives,” he said.

Construction of the Marjorie S. Fisher Boys & Girls Club was completed by Hedrick Brothers Construction of West Palm Beach. Hedrick Brothers Construction President Dale Hedrick said, “We believe that everything that is built today will better our lives and world tomorrow. Our children are our future. The Boys & Girls Clubs of Palm Beach County recognized a need in the West Palm Beach community for an expansion in their services and we are proud to have been part of the team to bring their visions to reality through the construction of this new building.” The architect for the “The Max” was Ocampo & Associates Architecture. Project Manager Ernie Ojito adds, “This new building sets itself as a key component of the continuing redevelopment of West Palm Beach and further promotes the future of the city by providing the children a safe place.”

The Boys & Girls Clubs of Palm Beach County (www.bgcpbc.org) is the county’s largest facility-based youth development organization, which offers a broad range of programs and activities in six core areas including: education and career development; character and leadership development; sports, fitness and recreation; health and life skills; technology; and the arts. The Clubs serve more than 7,000 youth each year, during the non-school hours when many of the youth would otherwise spend their time alone, afraid and at risk. The programs are offered at 13 Club locations and four extension sites throughout Palm Beach County. 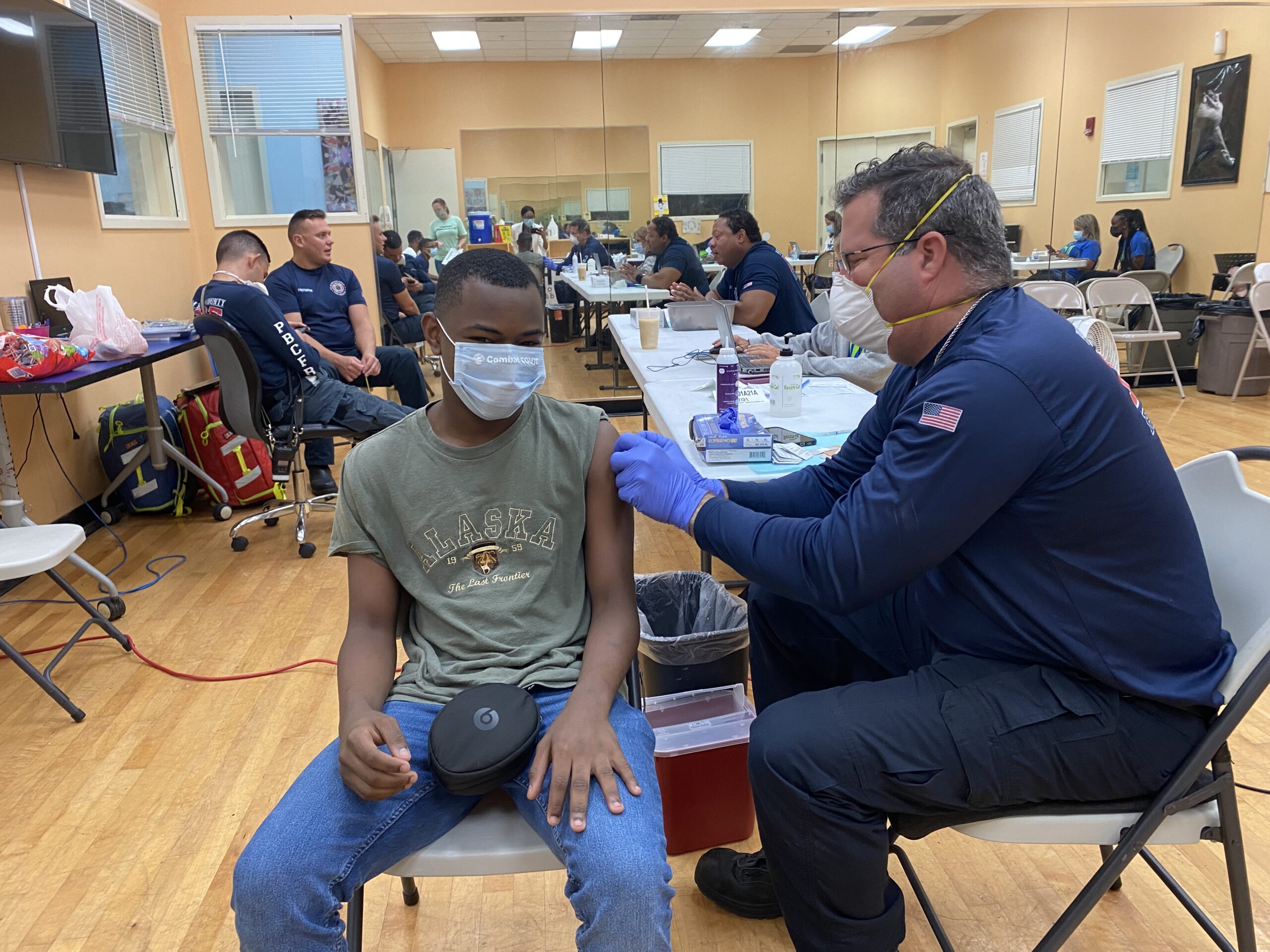 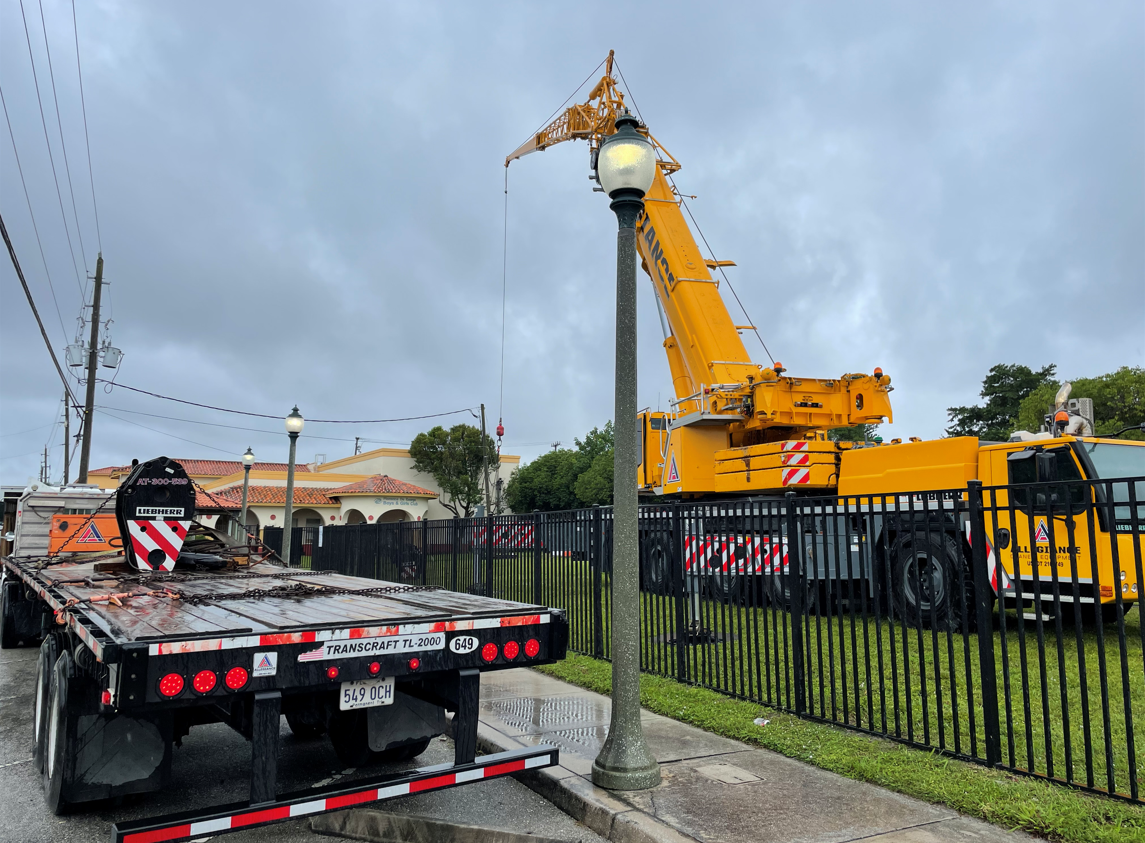 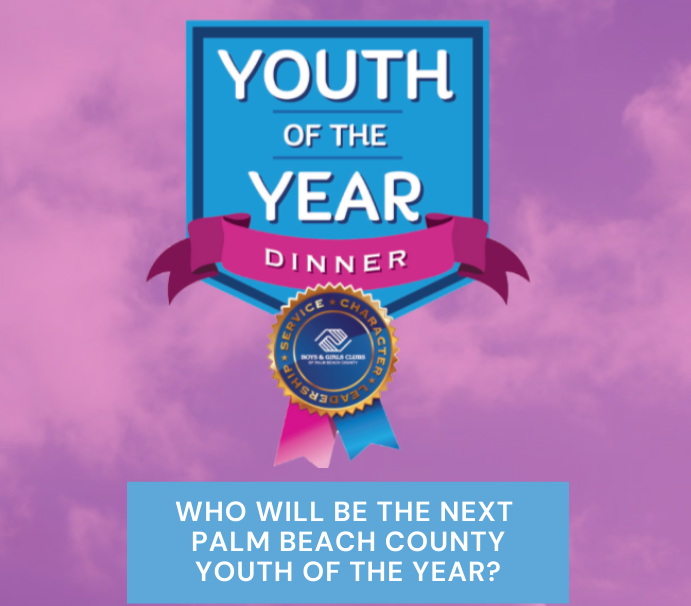 Seven Teens Compete for 2021 Youth of the Year Title